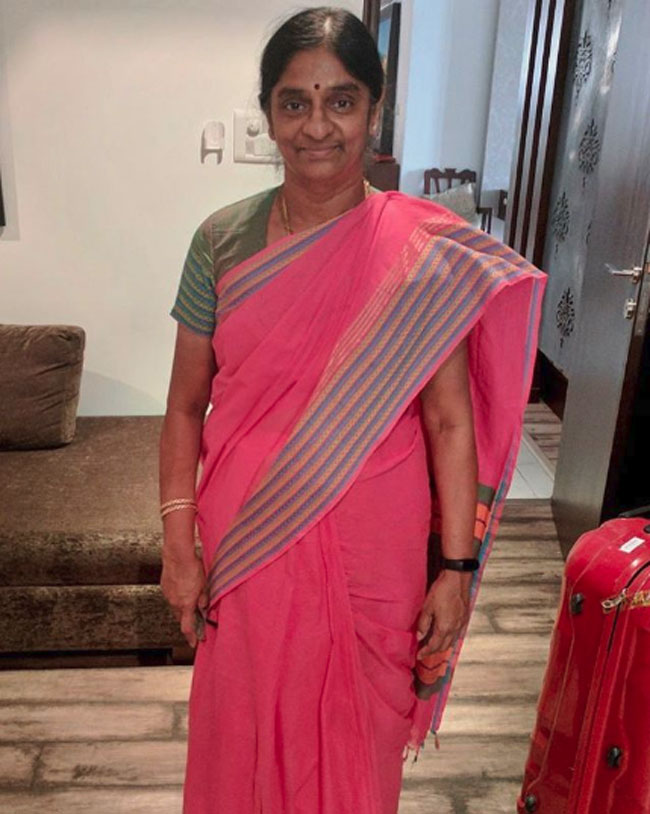 No matter how old a person gets, he is still a baby in front of his mother. The love and attachment with your mother is something which cannot be described. Even celebrities are not devoid of this and Natural star Nani once again proves that with his latest post.

He uploaded a picture of her mother wishing her happy birthday. He wrote some adorable lines under that photo explaining how her mother stood in a meek and tensed manner like a child who wore a new dress or a student who got first in the unit test when asked to pose for a picture.

Last year, Nani showed his affection towards his mother on social media when she retired after working as a pharmacist for over 30 years. On the work front, Nani is playing a negative role in ‘V’ directed by Indraganti Mohan Krishna. Sudheer babu, Nivetha Thomas, and Aditi Rao Hydri are playing vital roles in this film produced by Dil Raju.