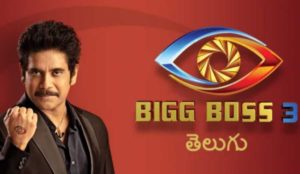 In the times of lockdown, it is not even possible for any TV channel to call few actors and do a petty shoot, so the possibility of inviting 20 people to a Bigg Boss house in Annapurna Studios and shooting them, to air every night, is completely ruled out. But then, before that happens, as Bigg Boss show begins usually in July, here comes an interesting decision taken by Star Maa channel.

Without many TV serial episodes not readily available to telecast, now the creative team of Star Maa has decided to re-telecast Star Maa’s old stuff. One of them is none other than #BiggBoss3 which was hosted by Akkineni Nagarjuna last year. In a bid to entertain TV audiences, the show is now being aired every day at 3 PM from Monday to Saturday. Already small screen lovers have once again started watching it, they say.

For those with the availability of internet, smart TVs and OTT subscriptions, there are so many alternative entertainments. But then for those audiences who depend solely on TV to get entertained, surely this re-telecast of #BiggBoss3 is a new kick.

Though there is no clarity if Bigg Boss 4 will begin from July as usual or not due to the Covid-19 outbreak that has started to shake India already, until the 1st week of July, we will have #BiggBoss3 ringing the siren in the afternoons.