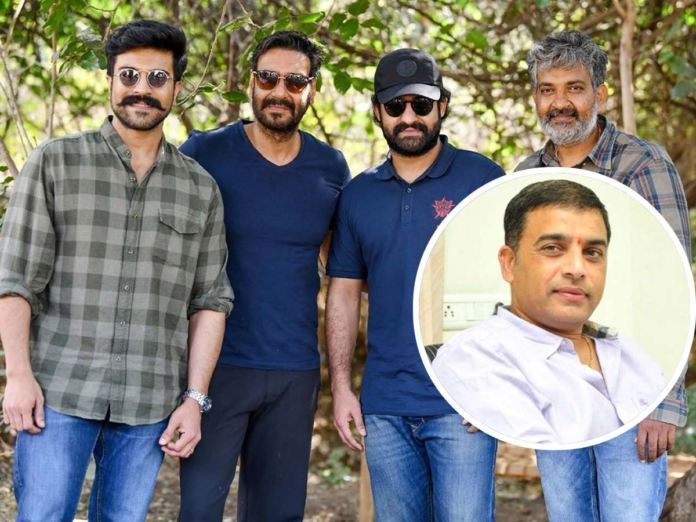 If the latest speculations in the industry are to be believed ace producer Dil Raju has become like a trouble maker for Magnum Opus RRR. Already this Rajamouli directional venture has been facing lots of hurdles in its making. Rajamouli in his latest interview said that RRR is the movie that has troubled him the most.

Now going into the details about Dil Raju troubling RRR producer DVV Danayya, it is said that Dil Raju is currently demanding Danayya to return his advance. It is known that Dil Raju has set a deal of Rs. 70 Crores for theatrical rights of RRR for Nizam area alone. He has even paid some part as advance.

Due to lock down RRR schedules are majorly disturbed and Danayya who has already invested huge amounts in the movie has to face more head aches going forward with the government guidelines of shooting with limited cast and crew. He has invested hundreds of crores and all this amount is brought through lending from financiers for highest interest rate in the industry.

Reportedly Dil Raju who has invested a huge sum in the movie is now fearing that audience will not show much interest to come to theaters to watch movies. So he is now demanding Danayya to return his advance if RRR has failed to release on scheduled date January 8th, 2021.

DVV Danayya is now a confused man and is in huge pressure. Let’s see how he will come out of this.