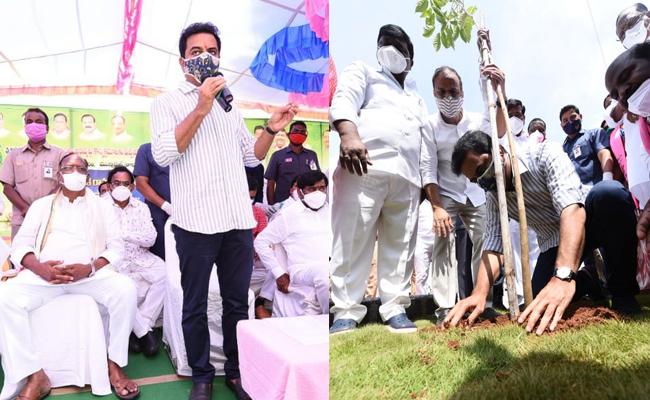 It looks like the ruling TRS leaders are caring a damn for the fast spreading of Coronavirus across the state, particularly in Hyderabad, notwithstanding the fact that none other than state home minister Mohammad Mahmood Ali also contracted the dreaded virus.

The home minister was admitted to a corporate hospital in Hyderabad after he tested positive for Covid-19 on Sunday, a few days after his gunman had contracted the virus.

Yet, Ali attended a series of programmes including Haritha Haram, under which he had taken up tree plantation in the police parade grounds at Gosha Mahal in the old city area.

Even Director General of Police M Mahender Reddy and other top police officers attended the programme.

One wonders whether such programmes involving largescale gathering of TRS leaders were needed at this stage.

During the Haritha Haram programme, the party leaders and officials hardly bothered to maintain social distance and wear masks.

And that resulted in the home minister falling prey to the virus. As of now, three TRS legislators, gunmen and personal assistants of at least three ministers tested positive and are undergoing treatment at different hospitals.

According to health minister Etala Rajender, as many as 184 police persons got affected by the virus and tested positive.

In spite of that the TRS leaders, including chief minister K Chandrasekhar Rao’s son and IT minister K T Rama Rao took part in an official programme in Mahbubnagar on Monday, in which hundreds of people participated.

So, if the government itself is so irresponsible, how can one expect the Covid-19 situation to come down?