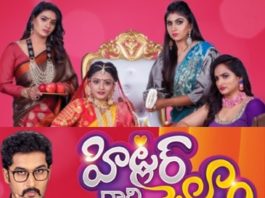 Tollywood has always been warm and welcoming towards actors from Bollywood. Be it hefty paycheques, foreign schedules and market potential, Telugu cinema has been attracting many star actors from Bollywood.Present generation stars like Deepika Padukone and Alia Bhatt are all set to make their Telugu debut in Pan-India films like RRR and Prabhas’s next.

If gossips are to be believed, star beauty Sonam Kapoor is ready to make her Telugu debut with one of the prestigious banners in Tollywood. The film will be made as a pan-India project with a star hero from the Tollywood. An official confirmation regarding the same is awaited.

On the other hand, actresses like Sonali Bendre, Shilpa Shetty, Anjala Zaveri, Preity Zinta, Aishwarya Rai, Sonal Chauhan, Kiara Advani, Vidya Balan and Shraddha Kapoor made their mark in Tollywood. Many actresses are willing to work in a Telugu film if they provided a good script with an author-backed role.