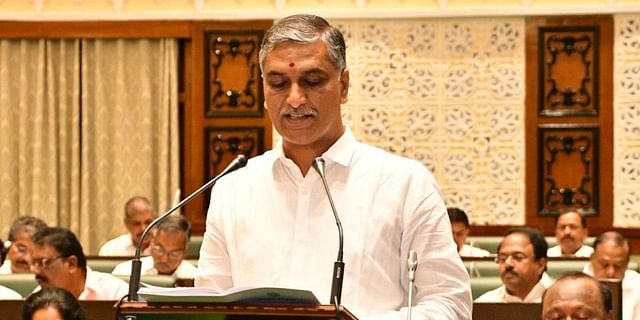 HYDERABAD: Nizamabad MP Dharmapuri Arvind, on Monday, asked Finance Minister T Harish Rao to refrain from misleading farmers over rice procurement and held that the Centre had never said it would not procure whole rice (Doddu Biyyam) but boiled rice, that too only for this Rabi crop.

He challenged the Minister to a debate on the issue, saying the State government was only acting like a ‘courier boy’ earning 2.5 per cent commission on paddy procurement while the Centre did the rest.
Responding to Harish’s Huzurabad speech on Sunday that the Centre was not ready to procure whole rice, Arvind explained that the decision was taken in view of reduced demand, since Kerala and Tamil Nadu have now increased production locally.

“Paddy production has gone up owing to increase in MSP everywhere. Harish should avoid cheap politics on the issue. It is because of your poor policies that area under groundnut, soya, sunflower, cotton, maize, sugarcane and turmeric has come down in the State,” he said.