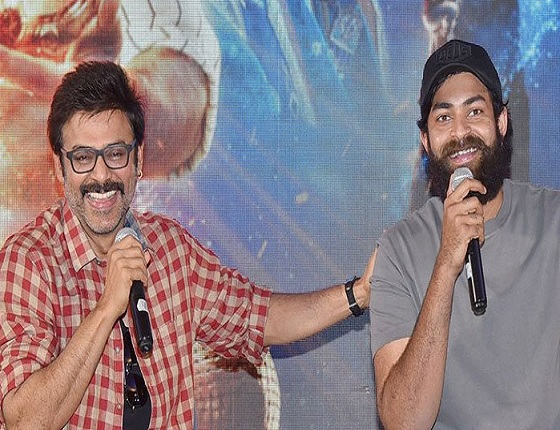 Both senior hero Venkatesh and mega hero Varun Tej have entertained people like anything else at the start of this year with their “F2: Fun And Frustration”. How about this combination coming together for another film? Here goes the details.

After Avenger: The End Game, another Hollywood picture to take on Indian box office is none other than Disney’s live-action film “Aladdin”, which is a rehash of its own animated film from the 90s. Featuring Mena Massoud as Aladdin, Naomi Scott as Jasmine, and, of course, superstar Will Smith in the role of Genie, the trailer of the film already got super attention. And now its getting Telugu touch.

For the Telugu version of the film, Aladdin gets his voice from Varun Tej, while Genie character played by Will Smith will have Venkatesh giving the voice. As the film is hitting cinemas on May 24th, today the makers unveiled Telugu trailer along with Venky and Varun.