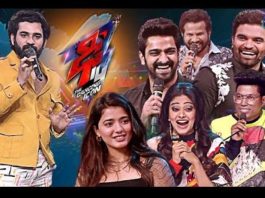 There is no need to specially introduce Anushka Shetty and her journey in Tollywood. She is not working in films quite regularly these days but she used to be the busiest star heroine at one point of time. Even today, she possesses a lot of craze among the public but she decided to slow down and choose quality scripts. Anushka did not leave Hyderabad and often stays here.

She shuffles between Hyderabad and Bengaluru but she never left this city. With Anushka keeping their distance from movies, heroines like Rashmika Mandanna are trying to occupy her place. Though the Kannada girl has plans to become a star heroine in Bollywood, she is also eyeing at the top position in Tollywood which is vacant for the past few years.

Whether she achieves it or not is a discussion for another day but it looks like she is enjoying a luxurious life. According to reports, both Anushka and Rashmika are staying in the same apartment lately. They are enjoying their posh lives in ‘Jayabheri The Peak’ apartments.

They are reportedly living in the same block but on different floors. Apart from these two, a lot of celebrities are staying in these apartments. While a few bought the flats, the others are paying lakhs of rent. This is one of the most stylish and sophisticated apartments in the city and can be termed the costliest as well. A lot of film stars, politicians, businessmen and others are preferring these apartments.