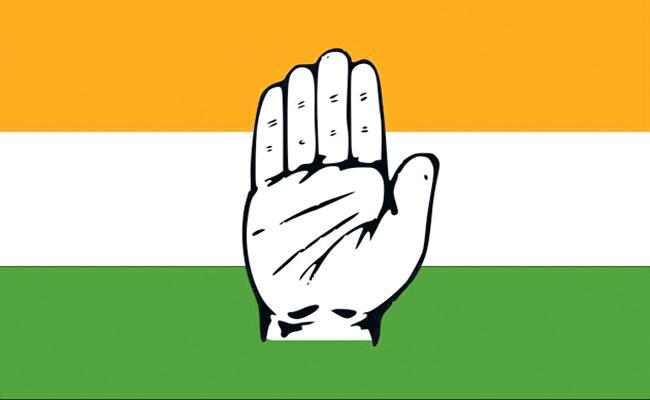 The Congress party which has not been able to find suitable candidates for contesting the Lok Sabha elections in Telangana, had no option but to field those who had lost the previous elections.

According to the first list released by the party late in the night of Friday, as many as candidates for eight seats were finalised out of 17 Lok Sabha seats.

They are: A Revanth Reddy from Malkajgiri, Ponnam Prabhakar from Karimnagar, Ramesh Rathod from Adilabad, P Balram Naik from Mahabubabad, A Chandrasekhar from Peddapalli, Madan Mohan from Zaheerabad, Konda Vishweshwar Reddy from Chevella and Gali Anil Kumar from Medak.

Of them, Revanth, Ponnam, Balram Naik and Chandrasekhar contested the recent assembly elections and lost to the Telangana Rashtra Samithi.

In fact, Chandrasekhar Rao contested as Congress rebel from Vikarabad and was suspended for the same. Recently, he returned to the party after the suspension was revoked.

Of the remaining four, Ramesh Rathod and Madan Mohan lost the Lok Sabha elections in 2014, contesting on the Telugu Desam Party ticket. They later jumped into the TRS, but were denied the tickets.

The only sitting MP candidate is Vishweshwar Reddy, who won on the TRS ticket from Chevella in the last elections.

And Madan Mohan Rao was also a defector from the TRS, who desperately tried for the TRS ticket from Patancheru MLA ticket. Compared to others, he is a small leader, who earlier worked as a ZPTC of Jinnaram mandal in Medak district.

It may be mentioned that the Congress had earlier decided that no party leader who was defeated in the earlier elections would be given the party ticket for parliament elections.

“Now, the high command is requesting the senior leaders, who were defeated in the assembly elections, to contest the Lok Sabha elections, as there are no candidates suitable to fight the polls,” the party leader said.

Other defeated candidates who might be considered for the contest in MP elections are: Komatireddy Venkat Reddy from Nalgonda, D K Aruna from Mahbubnagar and Damodar Raja Narasimha or A Sampath Kumar from Nagarkurnool. Madhu Yashki Goud, who represented Nizamabad twice in the past, is likely to be shifted to Bhongir, because Nizamabad is a tough seat.