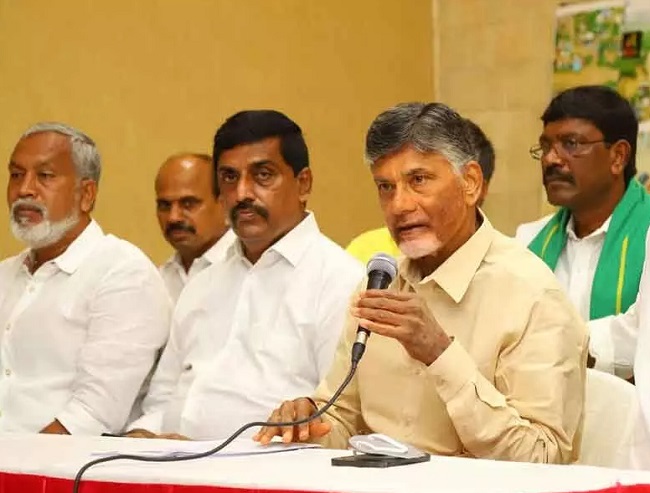 Chandrababu, who recently toured the flood-hit areas of Chittoor district, covered places like Srikalahasti, Chandragiri and Tirupati. During his visit, he reportedly reprimanded the inaction of the party workers even when the party chief’s wife was slandered. â€œYou have not reacted even when I cried openly. This was a good opportunity to bring the people towards us, especially after the Kuppam defeat. But you have wasted it,â€ he is reported to have said.

He reportedly reprimanded the party local leaders for not giving him a true picture of the political situation in the constituency. He said all his efforts were going to waste because he was not getting the right kind of feedback. Chandrababu is said to be in deep distress at the shock defeat in Kuppam municipal elections and is believed to have said that he was shattered by the defeat.

He said that if the same kind of buzz continues, the party would lose heavily in the next assembly elections. He reportedly told the workers to gird up their loins and work hard for the victory of the party. This is his first visit to the rural interiors of Chittoor district after the Kuppam defeat.