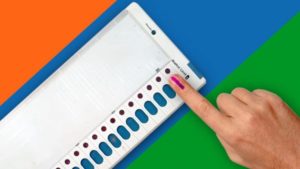 The State Election Commission of the state of Bihar has given the green signal for conducting the general Assembly elections in the state, while maintaining all safety precautions against Coronavirus.

These general elections will be conducted in 3 phases, so that there is as less crowding as possible, on October 28th, November 3rd and November 7th. It has also been announced that votes cast online will also be considered. The drawback of conducting elections during a pandemic is that no one can organise rallies or hold huge crowd gatherings. This is to the disadvantage of all those contesting in the elections.

The State Election Commissioner, Nimmagadda Ramesh, and the Government of Andhra Pradesh, have had a major fallout in the matter, where the government even tried to replace Nimmagadda. However, with Nimmagadda approaching the High Court, over the course of time, Nimmagadda has been able to retain his position, and was re-appointed as the SEC subsequently.

On the other hand, there have been unanimous candidates in several places, which has further reduced the necessity of local body elections. With so much drama going on in the state, it is to be seen when the local body elections will be conducted in Andhra Pradesh.