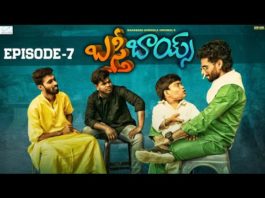 Preparations are underway for the high-budget magnum opus on Hindu epic Ramayana, which will be made on a Pan India level. Big names like Allu Arvind, Madhu Manthena, and Namit Malhotra are onboard as producers.

Looking at the lead cast, happening beauty in Bollywood, Deepika Padukone is expected to essay the role of goddess Sita and Greek God Hrithik Roshan will be seen as demon king Ravana.

It is said that VFX has a key role to play in the epic and for this, the makers are allocating a major share of the budget for VFX. Costume designers from Hollywood have been roped in for the project reportedly.

The costume designers, who earlier worked for James Cameron’s directorial epic science fiction film Avatar, will be designing customers for Ravan’s character, which will be essayed by Hrithik Roshan.

There is no confirmation on who will be seen as Lord Rama in the ambitious project. Media reports claimed that Superstar Mahesh Babu will essay the role. However, an official announcement is awaited.