Advertisement
Home News Film News Baahubali Team In A Frame: What Sight This Is 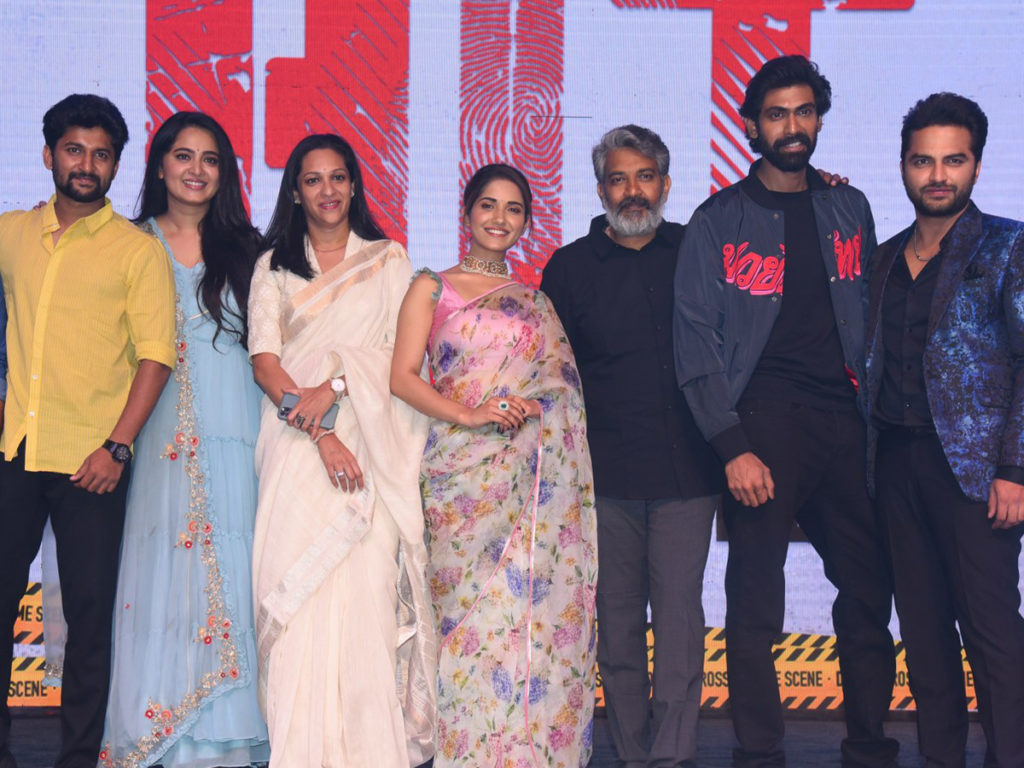 Apparently the film “Baahubali” has left us with so many takeovers that we can’t forget the way Prabhas, Rana, Anushka and Rajamouli look together in a frame during the promotions of the film. And this time, they have come forward once again in the same way, giving goosebumps to the audiences.

Other day for the pre-release event of HIT movie, which is produced by hero Nani and his family friend Prashatni Triperneni together, Anushka along with Rana and Rajamouli has attended the event. Looking Devasena holding an arrow and bow in her hand at the event reminded audiences of those Baahubali memories.

Joined by Rana and Rajamouli, surely this looked more like a reunion of Baahubali team than HIT movie’s event. However, one who looked at this team together felt that they should reunite again on the silver screen, very soon. However, going by the films lined up for Rajamouli and Rana, and Prabhas, it looks like their reunion is tough on the silver screen, but only possible at these events.