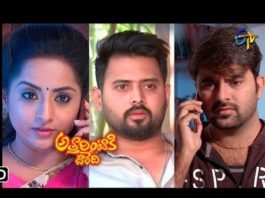 Hero Nithiin is a very busy man these days with all the shootings and promotions. He is coming up with three films in the first of 2021 itself which is making his fans very excited. The first release from him this year is going to be ‘Check’ directed by Chandrasekhar Yeleti. This film is hitting the screens this Friday.

During the promotions, Nithiin claims that he is in Tollywood from the past 19 years and was always looking for something unique. He always wanted to play a never seen before role. He says that the climax twist is going to be the biggest asset for ‘Check’ and it is going to make you awestruck. He added, “I really loved the script narrated by Chandrasekhar Yeleti and was awestruck by the climax twist. I’m sure that, the climax will blow your (audience) minds.”

Singing praises on music director Kalyani Malik’s work, he quoted, “The film has only one song and it needs outstanding background score to take the narration to next level. Kalyani Malik did a wonderful job and everyone will appreciate his work, after release of the film.”

Apart from ‘Check’, Nithiin is coming with ‘Rang De’ on 26th March and his ‘Andhadhun’ remake under Merlapaka Gandhi’s direction will be arriving in June as announced. After these two, he will be working on ‘Power Petta’ which is a two-part series that is going to go on floors from May.