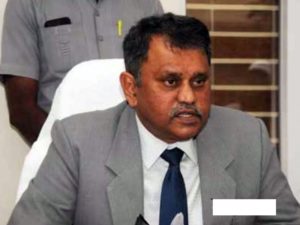 Andhra Pradesh State Election Commissioner Nimmagadda Ramesh Kumar has been terminated by the YSRCP government and accordingly a G.O. is issued on Friday. The YSRCP government has amended the norms to appoint the election commissioner and an ordinance was filed and sent to AP Governor Biswabhushan Harichandan.

For postponing the local elections in view of Corona virus, Jagan is hell bent angry on Nimmagadda and even made remarks that Nimmagadda is close association with TDP chief Chandrababu Naidu. After Jagan’s comments, Nimmagadda had written to the Election Commission of India, that his life is under threat and needs additional protection for him and his family.

This letter created a huge storm in the AP political circles. But CM Jagan had the last laugh and played tactics to send Nimmagadda home.

ANUSHKA’s ‘SILENCE’ At The Cost of Taapsee’s Loss