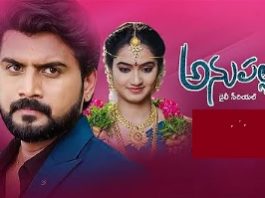 40-year-old actress Priyanka Chopra is living a great life in Los Angeles and she became a mother via surrogacy and enjoying her time as a mother, a wife, a philanthropist and an actress. After beginning her career in 2003 with ‘The Hero: Love Story Of A Spy’, she grew into a big Bollywood star who worked with all the big North Indian heroes. She gained a lot of craze in India before making her way into Hollywood with hit series ‘Quantico’. She did a lot of movies including ‘Baywatch’ and ‘The Matrix Resurrections’. As we know, she is doing the female lead in ‘Citadel’ which is produced by the Russo brothers.

She is currently working on a science fiction drama starring Richard Madden as the male lead while Priyanka Chopra is the female lead. It is being directed by Patrick Morgan. Talking about her past, Priyanka said, “I’ve never had pay parity in Bollywood. I would get paid about 10% of the salary of my male co-actor…And so many women still deal with that. I was called ‘black cat’ and ‘dusky’. I mean, what does ‘dusky’ even mean in a country where we are literally all brown?”

Talking about the male chauvinism, she told, “I thought it was absolutely OK to sit for hours and hours on set, while my male co-actor just took his own time, and decided whenever he wanted to show up on set is when we would shoot.” She is quite satisfied with how her Hollywood career is going. She said, “Well, the first time it’s happened to me, it has happened in Hollywood. So I don’t know how to move forward.”

Coming to her future projects, Priyanka will be seen in a romantic drama ‘Text For You’ opposite Sam Heughan. She is also part of the Hollywood web series ‘Citadel’ alongside Richard Madden. Priyanka is going to be seen as spiritual guru Anand Sheela in ‘Sheela’ and it is going to be released on Amazon Prime. She is also acting in ‘Cowboy Ninja Viking’ opposite Chris Pratt and ‘Jee Le Zara’ under Farhan Akhtar’s direction. Alia Bhatt and Katrina Kaif are also the leads in this interesting project.

Lok Sabha Pays Tribute To Superstar Krishna and Others!