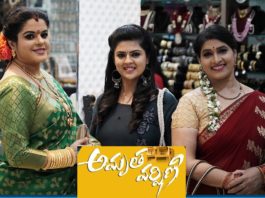 Bigg Boss Telugu Season 4 is going absolutely well and within very few days, we are going to witness the winner of the show. In yesterday’s episode, we have seen Nagarjuna, the host of the show giving warnings to the contestants of the house. He told everyone to play their own game in a real way and not act in the house.

Avinash, Akhil, Ariyana and Monal have been nominated for this week’s eviction. Avinash has got eviction free pass and he was safe this week. Monal was also saved. Let us wait and see who is going to step out of the house this week.

Now, the makers of the show have released a promo in which one could see Kichcha Sudeep on the show. The contestants of the house were shocked to see Kichcha Sudeep and asked where is Nag sir. To this question, he said that Nagarjuna was fed up with them and so he is not going to come to the show. But, finally, Nagarjuna comes on the stage. Here is the video, just give a look at it.

Sunday Funday special.. We welcome @KicchaSudeep to #BiggBossTelugu4 .. Get ready for too much fun!!!