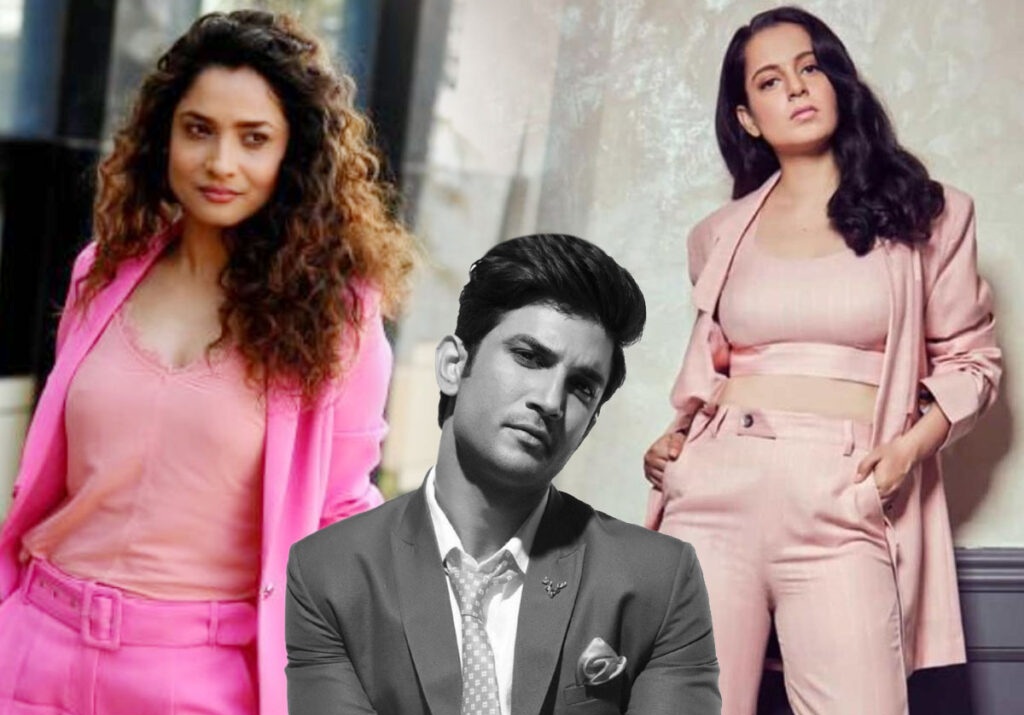 “Sushant has started his career as a background dancer with a dance troupe, then shifted to TV serials and came to films. All the way he knows that nepotism exists and he is never worried about it” said the hero’s former girlfriend Ankita Lokhande other day in Republic TV interview. Surprisingly, on the same TV channel’s debate program, Kangana Ranaut alleged that ‘nepotism’ killed Sushant Singh Rajput.

Later, Kangana also started revealing that maybe financial troubles would have caused Sushant to take the extreme step as he ran out of offers. Regarding this, Ankita told, “Even if Sushant lost all his crores, he will not be worrying because he knows that agreeing couple of projects will get him advances. Also, some big producers are always ready to work with him”.

Now, calling Ankita’s statements as the authentic and sensible talk, some netizens are demanding the arrest of Kangana Ranaut for trying to create rifts in Bollywood and also for harassing other Bollywood stars with her comments. That’s the reason we are seeing the hashtag #ArrestKanganaRanaut trending on Twitter.

We have to see if Kangana will respond to this talk and trend now.