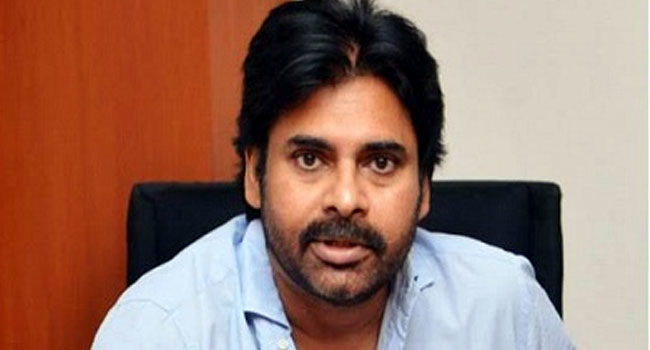 Jana Sena chief Pawan Kalyan has offered his deepest condolences to the family of Vijay Kumar, who was a well-known person in the Telugu film industry. Vijay recently breathed his last and Power star took to Twitter to mourn the demise of the former.

“I was shocked to learn that Sri Vijay Kumar, who was well known to many in the Telugu film industry, had passed away. I pray to God to give peace to his soul. Mr Vijay has been my personal assistant for many years. Apart from being a liaison to the business aspects of Telugu cinema to the Hindi industry, he was also active in the production management of some films. I extend my deepest condolences to the family of Sri Vijay,” Pawan Kalyan wrote in the press note. 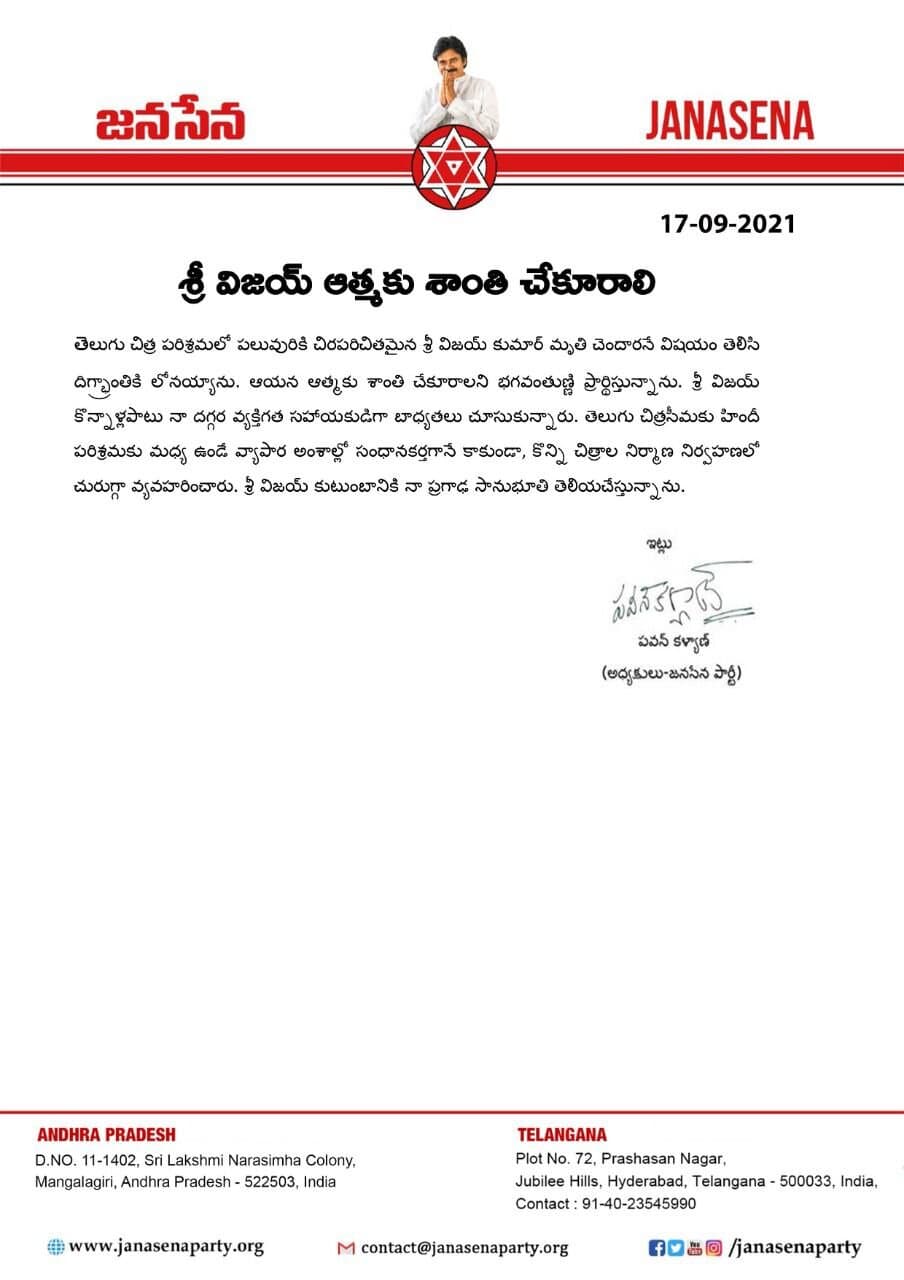 On the work front, Pawan Kalyan will next be seen in Bheemla Nayak, directed by Saagar K Chandra. It is a remake of the 2020 Malayalam film Ayyappanum Koshiyum by Sachy. The film stars Rana Daggubati in another lead role. He also has Hari Hara Veera Mallu, which is being directed by Krish Jagarlamudi. The film is scheduled for release on 29 April 2022 in the Telugu, Tamil, Malayalam, and Hindi languages.