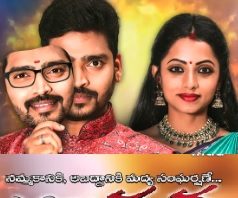 Stylish Star Allu Arjun landed in an unexpected trouble on his visit to water falls. He alongside his companions and family visited Kuntala, the tallest cascade in Neradigonda mandal Adilabad district in Telangana. Forest authorities of Adilabad area escorted them towards Kuntala water falls.

Afterwards, they embarked to visit Haritavanam Park on the outskirts of Adilabad and witnessed the beautiful lush green locations. Bunny and his family also planted saplings in Haritavanam Park.

Nonetheless, local people rebuked the authorities on permitting Allu Arjun, his companions and family, when travellers were restricted from visiting the waterfalls in view of covid pandemic.

Activists of the Right to Information on Wednesday lodged a complaint at the Neradigonda police station in Adilabad district alleging that movie hero Allu Arjun had violated the covid rules and action should be taken against him. The companions mentioned earlier were believed to be ‘Pushpa’ crew.

Although the authorities stopped the visit to Kuntala Falls, the members of the Pushpa film production team, including Allu Arjun, visited the falls in violation of covid rules and filmed in Tippeshwar without permission, ‘said Devulapalli Karthikraju, the state general secretary of the association.

Police, who received the complaint, said they would register a case only after a preliminary inquiry. Representatives of the association went to Adilabad DFO Prabhakar to complain about the same. They submitted the petition to the office staff in his absence.