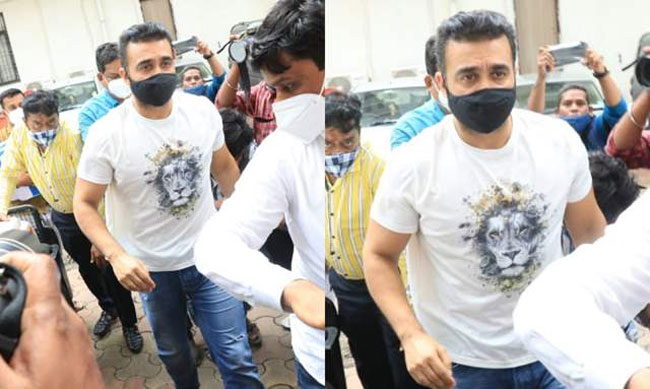 There is no sigh of relief for Indian-British Businessman Raj Kundra in the alleged adult film production and publishing row. The Bombay High Court had refused to entertain the petition that was filed by Raj Kundra in connection with the much-talked-about adult film case.

Raj Kundra and five other accused in the adult film case had knocked on the doors of the High Court seeking anticipatory bail in the case. However, the Bombay High Court had rejected the petition filed by the accused that sought the extension of the protection in the case.

Besides Raj Kundra, the other accused in the case also filed a petition to seek directives from the court to extend the interim protection for four weeks, and until four weeks no legal action should be taken against them. However, the court rejected the petition and said such orders cannot be given.

Advocate Prashant Patil and Swapnil Ambire represented Raj Kundra in the matter and told the Bombay High Court that sections that don’t imply in the case were filed against him and he was connected to the case by the crime branch department.

The crime branch of the Mumbai Police took Bollywood actress Shilpa Shetty’s husband Raj Kundra into custody on the grounds of being the key conspirator behind the adult film racket. The officials busted the alleged racket in February last year. Months after busting the racket, Raj Kundra was arrested in July and produced before the court.

Upon investigating and probing the matter, a case was filed against Raj Kundra was filed by the officials under Indian Penal Code (IPC)sections 420 (cheating), 34, 292,293. The Indecent Representation of Women (Prohibition) Act was also slapped against him. He was released from the court recently.