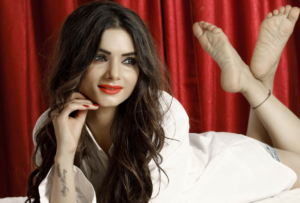 Hindi TV star Sejal Sharma, who is popularly known for her role in “Dil Toh Happy Hai Ji” show as Simmy Khosla, allegedly committed suicide on Friday. The actress committed suicide at her friend’s house at Meera Road’s Royal Nest society of greater Noida. Also, the cops have found a suicide note in her room.

Sejal mentioned that no one is responsible for her death and she is taking the drastic step out of her personal issues. Taking the news to the public, Sejal’s co-star from the show, Aru K Verma said, ”I am shocked to hear the news. It’s very difficult for me to believe since I met her just 10 days ago and we even chatted on WhatsApp on Sunday. When I met her 10 days back, she was absolutely fine”.

Aru K Verma played as Sejal Sharma’s brother in the show. He also revealed that that Sejal’s family got to know about her suicide today morning, nearly after 8 hours. Her family has taken the body to Udaipur for her last rites, her hometown.

Sejal Sharma came to Mumbai in 2017, aspiring to be an actress and she was passionate about acting. Before her debut on the Star Plus show “Dil Toh Happy Hai Ji”, she was seen in a few commercials. She had also featured in a web series titled “Azad Parindey”.