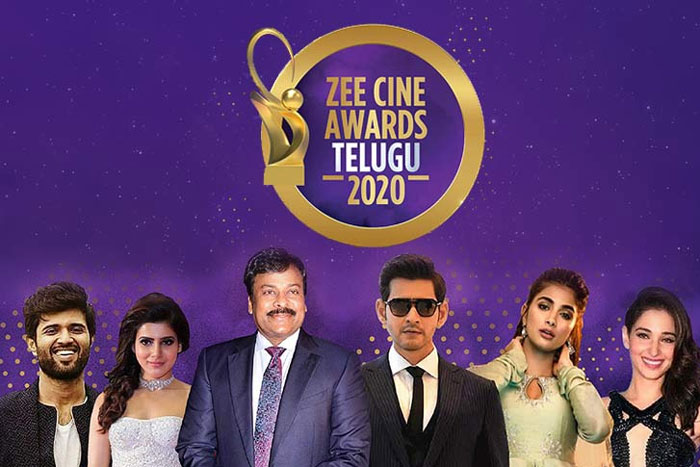 Samantha won the best actress in the leading role for both Majili and Oh Baby! The actress stole the show with her beautiful attire as she wore a turtle neck gown with see-through fabric, flaunting her thin waist and slim figure. The outfit has a self embroidery, making her look grandeur among others. Also, Megastar Chiranjeevi, who won the best actor in the leading role for Sye Raa Narasimha Reddy, made a grand entry to the event, making fans go berserk. Chiru wore formal attire, looking smashing even in his 60s.

Pooja Hedge, who made an appearance in a thigh slit shimmery yellow gown, not only wooed us with her beautiful look but also received favourite actress and popular choice of the year awards. Other awards were like, Vijay Deverakonda’s brother Anand D wins best debut male for Dorasani and the sensational singer Sid Sriram won the best singer the Kadalalle song from Dear comrade. Also, Allari Naresh wins the well-deserved best-supporting actor for Maharshi and the valuable lifetime achievement award goes to the 90-year-old Kala Tapaswi K Vishwanath.

Best Find of the year Female – Shraddha Srinath for Jersey

Favorite Actor of the Year Male -Nani for Jersey

Favourite Album of the year – Prabhakaran for Dear comrade