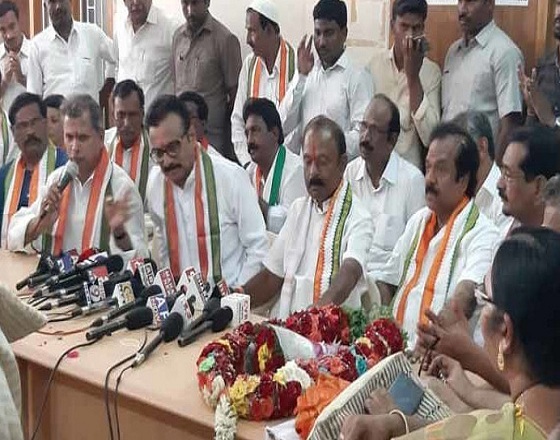 Sai Prathap Reddy expressed his regret over quitting the Congress. He stated that he will remain in Congress till his last breath and asked them to cover his mortal remains with Congress flag when he dies.

Sai Prathap Reddy had quit Congress over the bifurcation of the state. He had later joined ruling TDP in March 2016 in the presence of Chandrababu Naidu. However, he was unhappy over the treatment in TDP. He was upset that he was denied Rajampet Parliament seat from where he represented Lok Sabha for six terms. He had quit TDP in March 2019.

The moot question is that why Sai Prathap hasn’t opted for joining YSR Congress party.