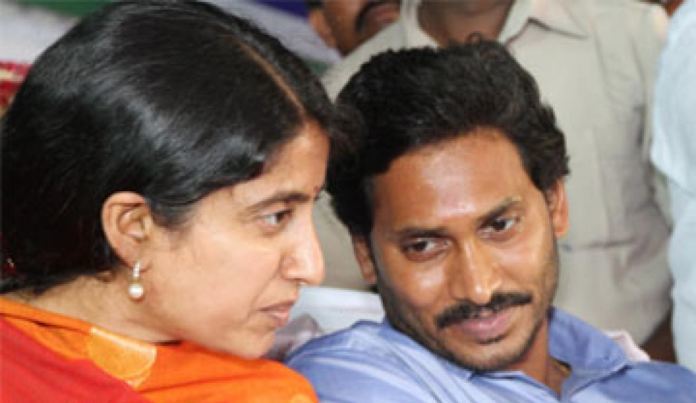 K. Pattabhi Ram, Telugu Desham Party official spokesperson deeply criticized the YSRCP government for their brazen behavior in the Saraswati Power Industries issue for straying rules and regulations to wind with regard to renewals of canceled lease and new allocations.

The way Jagan’s Government allocated higher amounts of water and also extended the previous five-year allocation for a lifetime tells us the kind of ruling that has been going on in AP for the past 1 year. Now, the TDP leaders brought strong proofs, which reveal that the Andhra Pradesh Chief Minister Jagan and his wife YS Bharathi are the partners in the Saraswati Power.

The proof is nothing but the election affidavit submitted by the CM and neither the ruling party’s leaders nor the government can question Chief Minster about his affidavit at this stage. Now everyone wonders if there is anyone in the state that is related to the government really cares or even knows about the term ‘Conflict of Interest’.

In the most inferior way possible, Saraswati Power was allotted limestone mines in Guntur district and senior IAS officer Sri Lakshmi made these allotments in her capacity as the officer concerned at that time. However, it is glad that eventually someone followed rules and canceled its lease for its failure to start work in the scheduled time frame.

Now, Pattabhi Ram is alleging that Jagan’s family is using all his power began efforts for getting renewal for Saraswati Power from the Pollution Control Board. He said that he has even more proof of how they have misled the PCB by showing several documents and GOs as proof.

In the least possible scenario, Jagan will face the consequences and heat of his involvement in the Sarswati Power issue given his power and the way he uses it in this type of complicated situation. But, after TDP making all these allegations with proofs, many people opine that he already broke his promise of a corruption-free rule. There is no greater disgrace for a leader than breaking his prime promise.