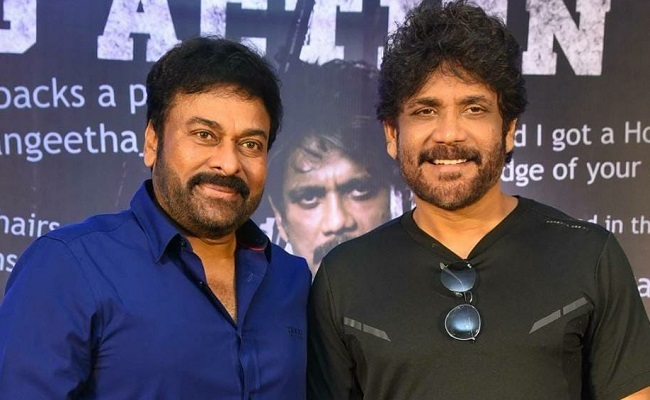 In what could be considered a major attraction at Love Story’s pre-release event, Megastar Chiranjeevi, and King Nagarjuna have agreed to grace the event.

The makers have announced that Chiranjeevi and Nagarjuna will be in attendance for Love Story’s pre-release event which is scheduled to be held on the 19th of this month.

Chiranjeevi and Nagarjuna share a great bonding and it would be really interesting to catch their camaraderie at Love Story’s pre-release event, which will be held in Hyderabad.

As for Love Story, the intense love drama is slated for release on the 24th of this month. The Sekhar Kammula directorial has Naga Chaitanya and Sai Pallavi in the lead roles.