Advertisement
Home News Who will take over SVBC – Swapna or Reddy? 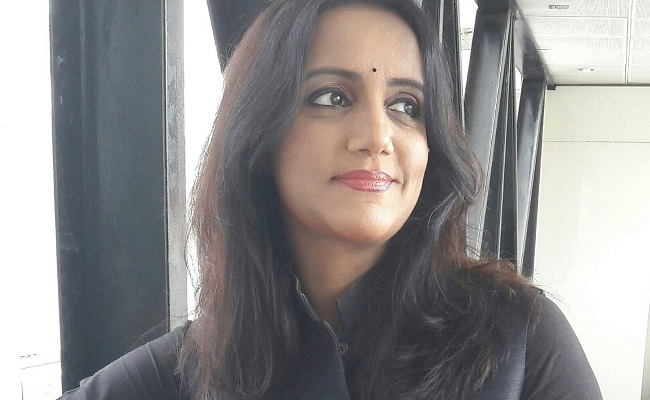 Following the resignation of comedian-villain Balireddy Pruthviraj as the chairman of prestigious Sri Venkateshwara Bhakthi Channel (SVBC) over the alleged sex audio-tape scandal, speculations have started over his successor in the post.

According to the reports doing rounds in the media circles, the names of two celebrities are said to be in the consideration of YSR Congress party president and Andhra Pradesh chief minister Y S Jagan Mohan Reddy.

One name is that of popular anchor and compere Swapna Sundari, presently managing director of television channel 10TV.

She is also one of the directors of SVBC and had been long association with Sakshi television channel. She is also very close to the family of Jagan, though she doesn’t hold any political post.

Another name that is in circulation is that of Tollywood director Srinivas Reddy, who is also one of the directors of SVBC.

He was also a very close followers of Jagan and also that of former chief minister Y S Rajasekhar Reddy. He has directed several hit films like Dhamarukam, Kuberulu and Tata Birla Madhyalo Laila, etc.

He is presently making a comedy film “Bharya Devo Bhava.” He is actively involved in YSRC activities.

Meanwhile, there is also a talk that Jagan might even consider the name of a senior party leader who is non-controversial and has good reputation for the appointment of SVBC chairman.

May be, he is looking for a person like IYR Krishna Rao, who is not only supporting the three capitals formula in defiance of the BJP stand, but also had the experience of working in the Tirumala Tirupati Devasthanams.