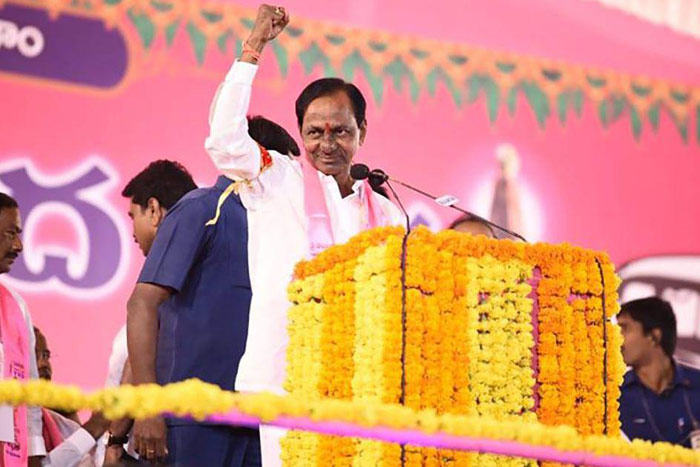 In a surprise statement a day after Telangana Rashtra Samithi (TRS) Chief K. Chandrasekhar Rao met DMK Chief M.K. Stalin in Chennai, the party has said that the Federal Front of regional parties is open to taking support from the Congress to form a government at the Centre. However, it sounded a caution saying that it would not allow the Congress to rule over the pink party or override its decisions.

Making the statement today, TRS spokesperson Abid Rasool Khan today said: “KCR (as Rao is popularly known as) is very firm that the Federal Front should be in the driver’s seat and run the government,” without ruling out the possibility of an alliance with the Congress which could be crucial for the party. He added that “But, the government would be of the federal front and Congress will have to extend support from outside.”

“We are open to talk to them (Congress), and see whether they support us to form government. If they do, regional parties are not averse as long as they (Congress) don’t come into the driver’s seat,” he said, speaking to a news agency today.