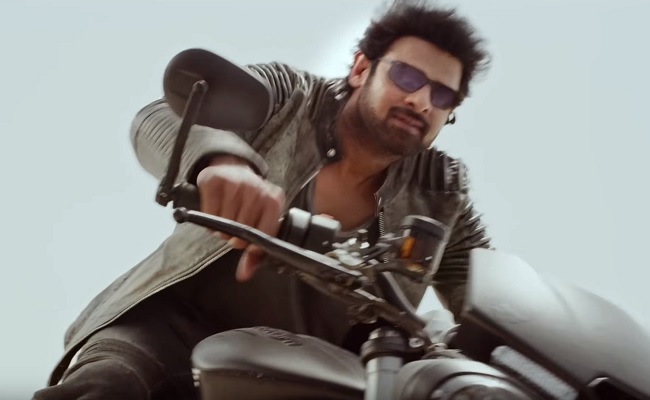 There are contradictory reports about the shoot of Prabhas’s “Saaho” that is still under progress. The movie’s major promotion and PR activity is being handled by Mumbai team.

It is Bollywood media that is getting first hand information about “Saaho” than the local Telugu media.

Prabhas has recruited a big Bollywood PR company to handle all the promotion for his movies that include “Saaho” but they are not spilling out any news.

“Saaho” is being made in Telugu, Tamil, Hindi and Malayalam languages with the estimated budget of Rs 300 Cr. It is set for August 15 release.

As per the Bollywood norm, the movie’s first song should be out two months before the release date. Still, the shoot has not been completed.

Gossip is that Prabhas is planning to reshoot some portions. So, when will he break pumpkin?