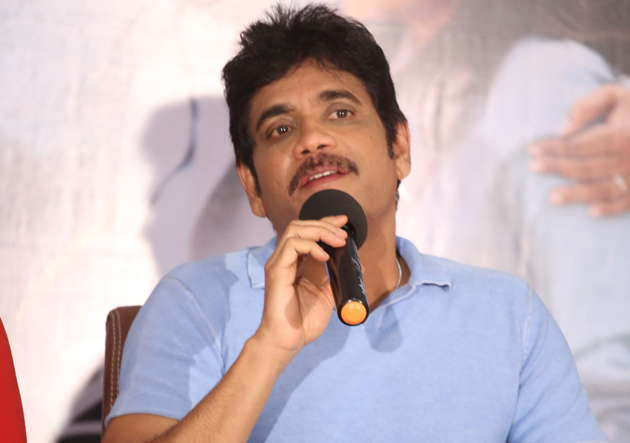 Nagarjuna has tried hard to project that his recent release “Manamadhudu 2” is radically different from the regular romantic comedies and he even went on proclaiming that the movie would win cult status in the future.

But no one is believing his theories and explanations. Not even his die-hard fans are buying his theory.

The film took in Rs 8.30 Cr in its first weekend worldwide, which is below par collection for a big star Nagarjuna.

The verdict is out: “Manmadhudu 2” is rejected by audiences. Who would take the blame?

It is Nagarjuna’s idea to remake the French movie “I Do” when Rahul Ravindran came up with another story.

Nagarjuna felt that this French story would suit his image. What he forgot is that the French audience is different from the Telugu society.

The adult content and double meaning dialogues have damaged the reputation of Nagarjuna.

The senior star is blaming Rahul Ravindran on this part. But the crux of the blame game should rest with Nagarjuna who has decided the story and runtime.

It is he who brought Satyanand when he felt that the movie has not shaped up well.

Although Nagarjuna is taking the blame for picking up French remake, he is miffed with Rahul Ravindran for not handling the narration convincingly.

On record, everything between them is good as the director is a close friend of Naga Chaitanya and Samantha but the senior star is sulking in private talk.