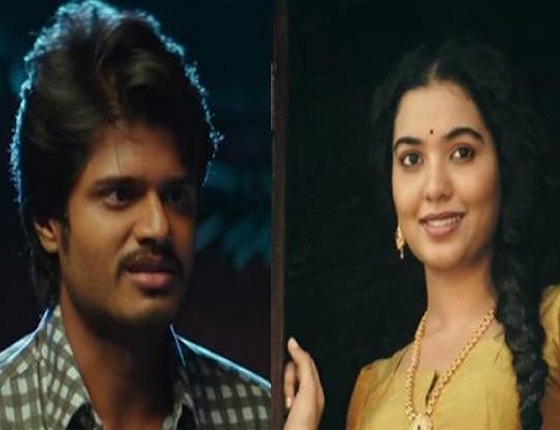 The moment you see the trailer of ‘Dorasani’ for the second time, there is a feeling that the film is another Sairat like film. That Marathi film which deals with a rich-poor (caste difference) love story with a shocking ending has become a big hit in Marathi and Karan Johar remade it in Hindi as Dhadak, but haven’t worked.

And now, the tale of Raju and Dorasani also looks pretty same and there is a buzz it has a similar shocking ending as the family of Dora kills the girl for coupling with a guy from inferior caste. Though the setup of vintage Telangana and the raw look might bring freshness to the narrative, the whole content is the same proven love story format and that’s what wonders film lovers now.

Either these types of movies end up as huge hits with word-of-mouth doing the best for them, or they end as disasters. There is no middle path for them. With Vijay Devarakonda’s brother Anand and Rajsekhar’s daughter Sivathmika being the leads, there is a lot at stake through this film.

As the film is set for a big release tomorrow, we have to see if this Friday belongs to this local ‘Sairat’ or not.