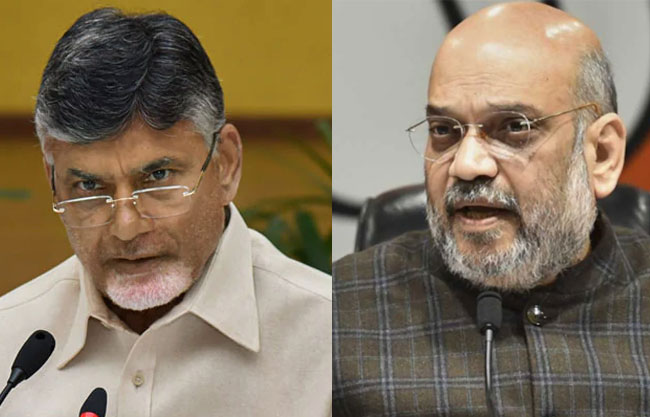 Chandrababu Naidu’s desperation to bring the BJP on board is showing. He is trying every trick in the trade to ensure that the BJP is on his side for the 2024 assembly elections. He has been making efforts to meet Union Minister for Home Amit Shah , but to no avail. The memories of the TDP activists’ attack on Amit Shah during the latter’s visit to the holy temple of Tirumala, are like festering wounds for the BJP.

Chandrababu has recently written a letter to Amit Shah highlighting the arrest of former minister P Narayana. He said the arrest was illegal and smacks of vendetta. He sought the intervention of the Central government in the whole episode. It remains to be seen how Amit Shah responds to this.

In fact, he had written to Amit Shah when the TDP office was attacked in the wake of TDP spokesperson Pattabhi’s comments on the YSRCP. He had even tried to meet Amit Shah in person. But, Amit Shah did not give Chandrababu an appointment. Chandrababu had even sent birthday greetings to Amit Shah. Even that did not help Chandrababu Naidu.

But the big question is – will the BJP at the Centre rub the YSRCP the wrong way at this juncture? At a time when it needs the support of the YSRCP for the upcoming presidential elections. Also, YSRCP support is crucial in getting the bills passed in Rajya Sabha. Given all this, it is unlikely that Amit Shah will pay any attention to Chandrababu Naidu’s complaints.