Advertisement
Home News Why Is KTR meeting 20 MLAs A Day? 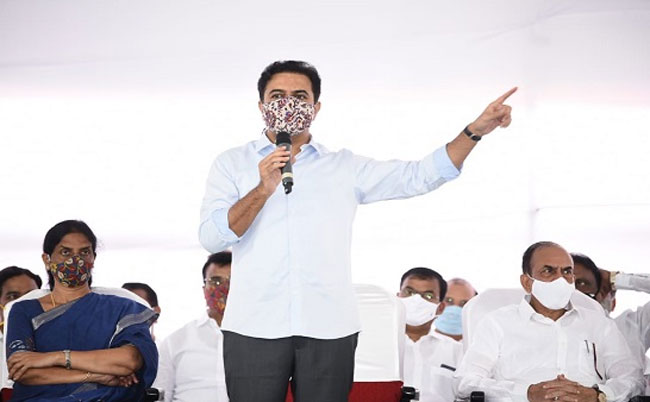 The TRS leadership, it appears, is already looking beyond the Huzurabad bypolls. Party working president KTR, who is not involved in the Huzurabad campaign, is now focusing on celebrating the 20th foundation day of the party in November. He wants to ensure that it becomes a feather in his cap regardless of the outcome of the Huzurabad bypoll.

The party is planning to hold a massive public meeting in Warangal on November 15. For this, a crowd of 10 lakh would be mobilised. In order to ensure that the turnout is massive, KTR is already discussing the mobilisation from each village. KTR has planned to meet 20 MLAs each day. The process has already begun on Monday, when he met the first batch of MLAs at the TRS Bhavan.

Besides the mobilisation, KTR will also discuss the ground situation and the public perception about the party and the government. He is said to be seeking suggestions from the MLAs on how to improve the image of the party. As part of the preparations, he is also likely to meet over 400 key TRS leaders in batches. He is planning to discuss crowd mobilisation. He wants to ensure that the turnout is huge and the meeting is a success.

The TRS wants the public meeting to be something of a shock to the opposition. But internal sources say that this rally will project KTR as the next leader after KCR. Insiders expect that Harish Rao’s stature would suffer a blow after the Huzurabad bypoll. Thus, this meet would establish KTR as the future hope of the party.