Advertisement
Home News Why did this non-BJP man meet Narendra Modi at the airport? 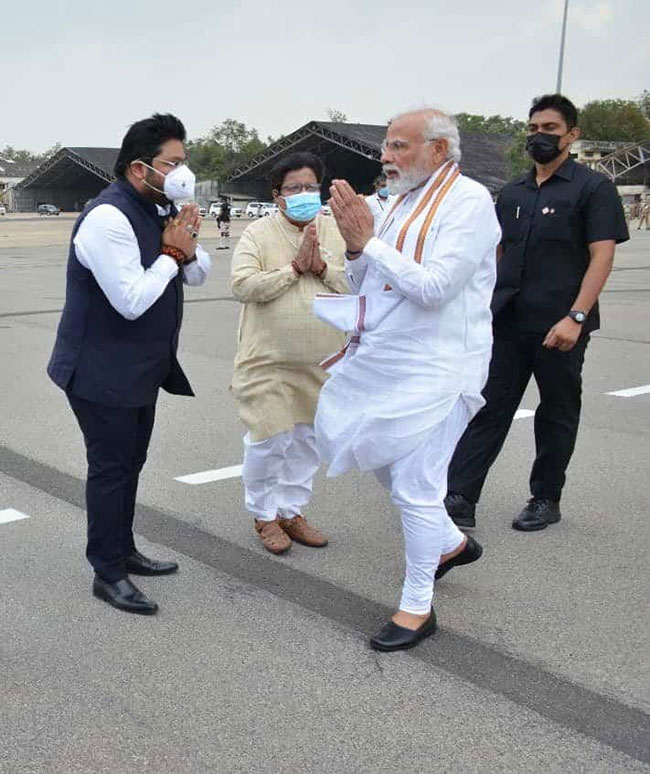 PM Modi’s Hyderabad tour for just half-a-day was not without its surprises. Quite unusually, the PM advanced his itinerary to accommodate a small public meeting at the Begumpet airport. The programme was a last-minute fixture and the BJP national leadership wanted to give Modi an opportunity to make political attacks on the TRS government through this meeting. Modi utilized the outing to the fullest.

Similarly, sudden showers prevented Modi’s heli-hopping from ISB in Gachibowli to the airport in Begumpet. With the aviation authorities refusing to give permission, the PM had to take the road route. A similar last-minute change in Punjab led to the Khalistani backers to block the road that the PM took. The PM had to abandon his programme and return to the Delhi. But, no such hitches were there in Hyderabad. This is the first time that Modi had to change his mode of transport at the last minute.

Another interesting specialty is that only one non-BJP person, apart from the VIPs, could meet the Prime Minister at the Begumpet airport. He is film producer and financier Abhishek Agarwal. For those who do not know, Abhishek Agarwal is the producer of the Vivek Rangan Agnihotri’s game-changing film Kashmir Files. The film did very well at the box office and created awareness about the plight of the Kashmiri Hindu pundits, who were driven out by the terrorists and fundamentalists in Kahsmir.

The reason why Abhishek Agarwal was allowed into the VIP list that greeted Modi at the airport is not known. All others who welcomed him were either the BJP workers or protocol officials and politicians. Abhishek Agarwal’s presence is now the talk of the town among the political circles.