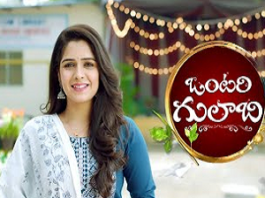 Putting an end to the long wait, the makers of the Salman Khan starrer ‘Kisi Ka Bhai Kisi Ki Jaan’ dropped the teaser. The makers filled the teaser with all the required commercial elements- Salman Khan doing high-octane action scenes and flaunting his muscles.

Kisi Ka Bhai Kisi Ki Jaan is a typical Salman Khan film with punch dialogues and action scenes. But Victory Venkatesh’s role came as a surprise as he can be seen doing some intense fights. The film also offers a South style.

We can see the leader pair Salman Khan and Pooja Hedge in south attires. With a few glimpses, the makers hinted that the film might show the south tradition of celebrating festivals. Going by them we might expect Pooja Hegde to celebrate Bathukamma, a floral festival celebrated in Telangana.

Salman Khan carried the teaser on his shoulders by bringing a festival of love to fans and movie lovers. The teaser has action, romance, and fights. We can find an ensemble cast including Victory Venkatesh and Jagapathi Babu.

Kisi Ka Bhai Kisi Ki Jaan is directed by Farhad Samji and the film is slated for a grand release on the 21st of April this year on the eve of Eid. The Eid season is lucky for Salman Khan and most of the films released for the season roared at the box office.

It appears that the makers want to bank on the same tradition and are bringing the upcoming film for the Eid season. It is one of the much-awaited films and the teaser only increased the expectations of the action thriller.

The upcoming film has an ensemble cast of Shehnaaz Gill, Palak Tiwari, Raghav Juyal, and Siddharth Nigam. Happening baddie Jagapathi Babu has been roped in to play the antagonist. The face-off between Salman Khan and Jagapathi Babu is going to be epic.

Pooja Hegde is playing the leading lady in the film. For the first time, the tall beauty is sharing the screen space with Bollywood Bhaijaan Salman Khan. Pooja Hegde acted in a few films in Bollywood and is yet to score a big hit. She has a big chance with Kisi Ka Bhai Kisi Ki Jaan.