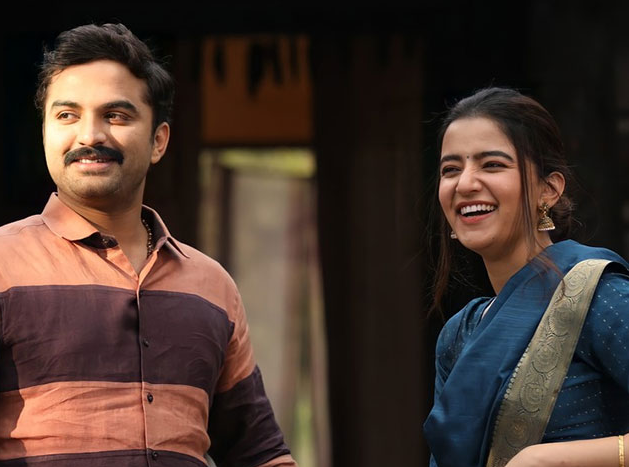 Young and happening hero Vishwak Sen has celebrated the success of his recent outing ‘Ashoka Vanamlo Arjuna Kalyanam’ by getting a brand new Mercedes Benz G-Wagon. The film pleased the audience with its relatable characters and entertaining scenes. Vishwak got a lot of accolades for his subdued and emotional performance in the film.

With the movie completing its theatrical run, the makers have decided to release the movie on popular digital platform ‘Aha’. The rights of this light-hearted entertainer were sold for a fancy rate and the OTT platform released an official poster stating that this movie will be made available from 3rd June. People who missed it in theatres can enjoy this fun and emotional flick in ‘Aha’.

Rukshar Dhillon and Ritika Nayak are the heroines in this family entertainer. Directed by Vidya Sagar Chinta, this movie is produced under SVCC Digital by Bapineedi and Sudheer Edara. It is Ravi Kiran Kola’s narrative and Ravi K Pawan is the director of photography. Viplav is the editor while Pravalya Duddupudi is the production designer. Jay Krish is the music composer for this film.

Vishwak is currently working on ‘Dhumki’ which is a full-fledged action entertainer. Nivetha Pethuraj is the heroine in this project while Naresh who made ‘Paagal’ earlier is directing this film too.