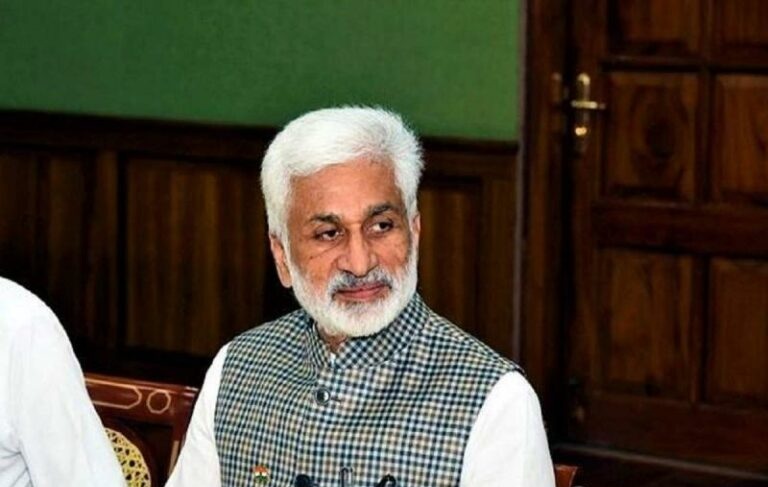 Rajya Sabha MP and YCP’s general secretary Vijay Sai Reddy, who earlier tested positive for novel Corona Virus on July 21st, has been recovered from the virus. Vijay Sai Reddy who got treated at a private super speciality hospital in Jubilee Hills has been discharged as he tested negative for Covid.

After two successive test results showed negative, Sai Reddy has been discharged. He has returned to his Jubilee Hills residence. While his 10-day quarantine period is over, Sai Reddy is said to be taking precautions for a while.

“With the grace of God and prayers of well wishers, I’ve been recovered. I’m thankful to each and everyone. I wholeheartedly wish that everyone would successfully win over the Corona that has prone a danger to human existence,” said Vijay Sai Reddy on his micro-blogging site.

Sai Reddy is popular in social media with his “Sai Ra ” punch that aims at throwing satires, punches, counters at opposition parties. As Sai Reddy recovered from Corona, he is expected to become active on Twitter once again.

In his absence for the last 10 days, there have been several political developments in AP right from reinstating of Nimmagadda Ramesh Kumar as the SEC to sacking of Kanna as AP BJP president, Governor’s nod to 3 Capitals Bill. One has to