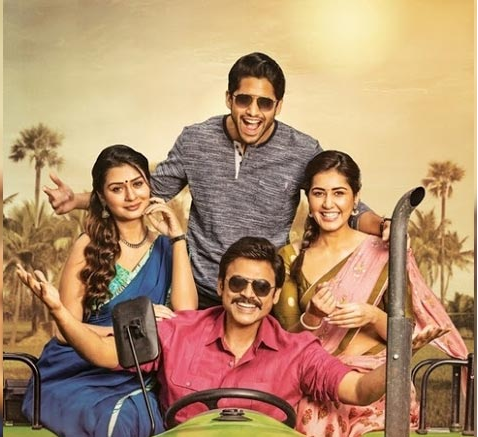 Releasing in a short notice, Venkatesh and Naga Chaitanya’s latest movie “Venky Mama” is trying to grab the attention by holding press meets as both the heroes made their joint appearance. And repeatedly during these events, Thaman other day and Suresh Babu today have told that the climax of Venky Mama brought tears in their eyes.

If we look into the reactions of film lovers over this, they say that “F2” is what on their minds as Venkatesh is coming up with another film. After watching Venky back to doing interesting comedy in F2, audiences are expecting nothing less than that. They want him to entertain them with his timing, punches and antics. Some say, ‘Venky mama should make us laugh not cry’.

But with Suresh saying repeatedly that the film’s climax will make everyone cry, one wonders what is their inside ‘Venky Mama’. Sources close to the team stated that the first half of the film has huge doses of comedy, but the second half goes on an emotional journey where the two protagonists need to repair their crisis.

As the film is turning up in a short time with limited promotions, we have to see how audiences will receive it.