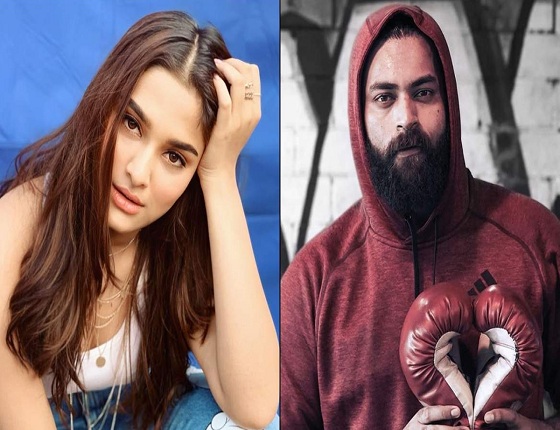 After almost five months delay, finally, Varun Tej is back to shooting post Gaddalakonda Ganesh’s release. Other day the hero reached Vizag to kick start the first schedule of his boxing movie that has newcomer Kiran Konijeti at the helm.

We hear that with Allu Arvind’s elder son Bobby debuting as a producer with this project, they have reworked on the script in order to make sure that his debut will not go for a toss. And then, the selection of heroine also became a tough task for the makers if reports are to be believed. Earlier it is said that both the Ismart beauties Nabha Natesh and Nidhi Agerwal are roped as heroines for this film, but now there is a new story.

Some latest reports indicated that Dabanng 3 fame newcomer Saiee Manjrekar is being roped as the leading lady for Varun Tej. Though there is no official announcement about the leading lady, they say that there will be two heroines in the film who will play very crucial role.

On the other hand, before he completes this film, Varun Tej also want to okay couple of other films as well including that of a supposed film with Surender Reddy.