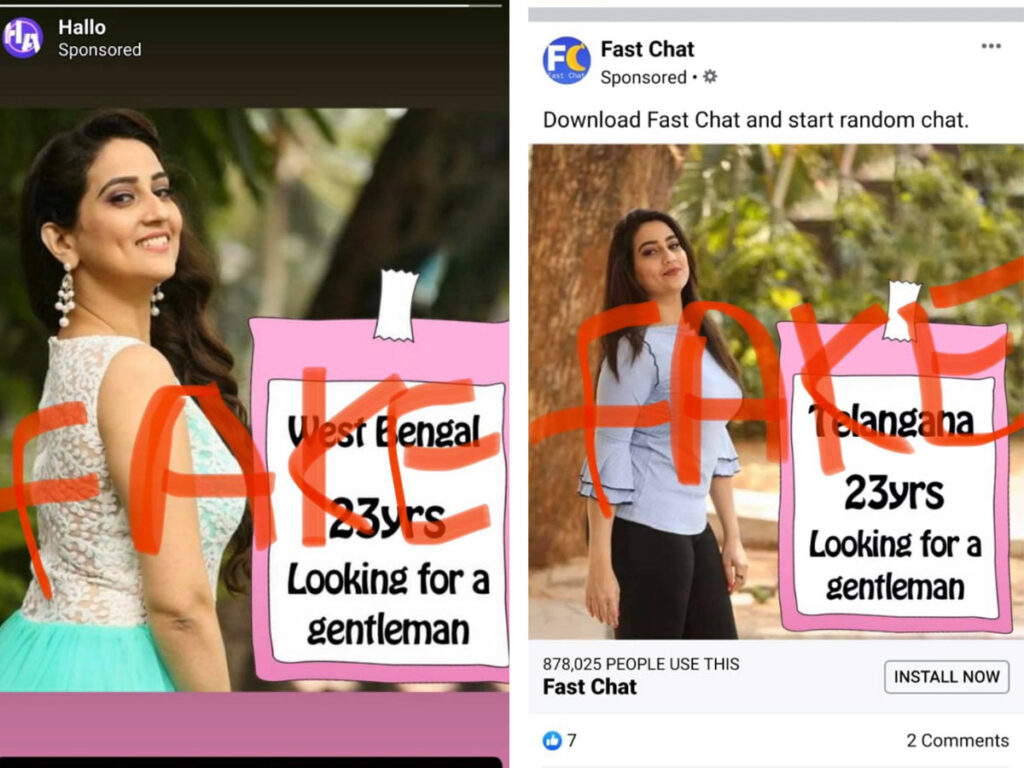 It is not uncommon that most of the beautiful actresses and models’ pictures are used as click baits on many dating, matrimony, and adult websites. Most of the time, they ignore them but here is the beautiful Telugu television and event host Manjusha decided to stop those websites from misusing her pictures.

Anchor Manjusha’s pictures are being used by many fast chats and random dating websites. The actress-anchor called them fake and clarified that she is not associated with any of those and also is looking to raise a complaint against these apps for misusing her photos.

Well, most of her followers being from Telugu states, many were seen advising her to ignore these apps, as there are tens of hundreds of these apps all over and more mushrooming each day. But, even a single step to put down the websites misusing her pictures is a commendable move. She also asked the followers and friends to report against these apps.