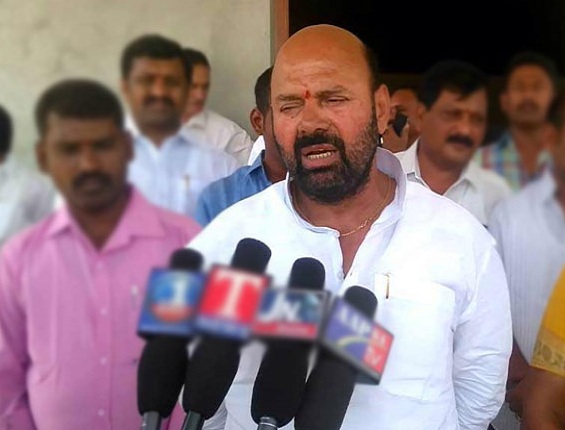 In a shocking revelation, a TRS MLA has claimed that his own party leaders who are behind the on-going TSRTC strike. The MLA who made this statement is Mutthireddy Yadagiri Reddy and the MLA said he would meet CM KCR soon and disclose the names to him who ignited the strike in RTC leaders.

Mutthireddy’s comments have sent panic signals in TRS. The ruling party is already in trouble with RTC strike and with the Janagoan MLA’s comments, many leaders are wondering who might have done it. There is also a tension among the leaders and worried if their name is on Mutthireddy’s list.

Whatever it is, TRS paid a bad prize in dealing RTC strike. Rajya Sabha MP Keshav Rao who landed in Hyderabad this morning, off the record told the media that the party’s image is getting damaged because of the strike and the government should swiftly react on the issue.