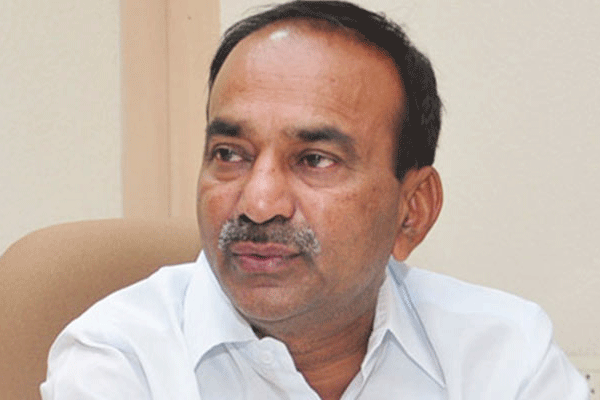 Etela Rajender was stripped off his office of the Home Minister on a shocking note, with allegations of land encroachment on him. What followed that was lots of political drama and Etela Rajender resigning from the TRS and joining the BJP. With the victory that Etela faced in the Huzurabad by-polls, where he won with a staggering majority, the TRS seems to have decided to not be easy on him at all.

It is now said that Telangana Chief Minister KCR has ordered Medak collector Harish to re-survey of lands owned by Jamuna Hatcheries (owned by Etela’s family) on Hyderabad city outskirts in Medak district to ascertain how much extent of assigned and ceiling lands were grabbed.

On Monday, Harish is said to have disclosed the findings of the re-survey of lands and confirmed that Jamuna Hatcheries has encroached 70.33 acres of assigned and ceiling lands in Masaipet and Atchampet mandals in Medak district. The collector stated that Jamuna Hatcheries has encroached assigned lands belonging to 56 persons and constructed huge sheds and used assigned lands for non-agriculture purposes against the norms and without obtaining any approvals from the government. It is now to be seen what sort of actions the government will take against Etela.