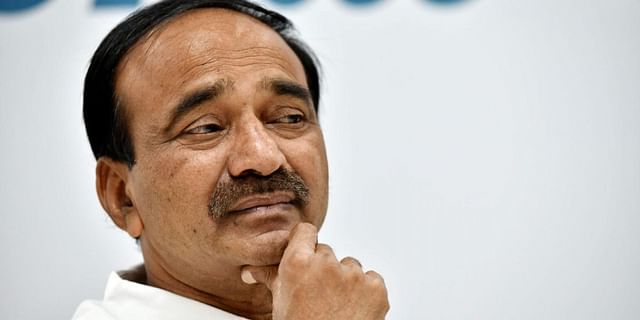 KARIMNAGAR: Pointing out that the TRS leadership has deployed scores of activists and leaders in the poll-bound Huzurabad Assembly constituency, former health minister and BJP leader Eatala Rajender alleged that Chief Minister K Chandrasekhar Rao was behaving like a monarch. Rajender also mentioned that the pink party’s election strategies were anti-democratic. The former minister was speaking to the media here, on Thursday.

“KCR is going all out to ensure that I don’t return to the Assembly. He has put off all administrative duties for this and set his entire focus on the forthcoming byelection. Even then, he hasn’t been able to ensure a walkover in the segment. The TRS supremo is spending sleepless nights now. The mere thought of the bypoll itself is giving him nightmares,” Rajender said and added that the pink party has so far spent `200 crore for ‘purchasing’ politicians.Urging the people to put an end to the anti-democratic rule of TRS, the BJP leader stated that the government will stop implementing all newly initiated schemes soon after the byelection.

Karimnagar: Though the ECI is yet to announce the date for the Huzurabad byelection, the officials concerned are busy making all arrangements for the smooth conduct of all procedures leading to the poll. As part of this, the officials have already added the names of 9,423 new voters into the voters’ list. According to sources, they received a total of 18,092 new applications, of which 9,423 ones were selected after scrutiny. The officials have also intensified the voter enrolment in all five mandals