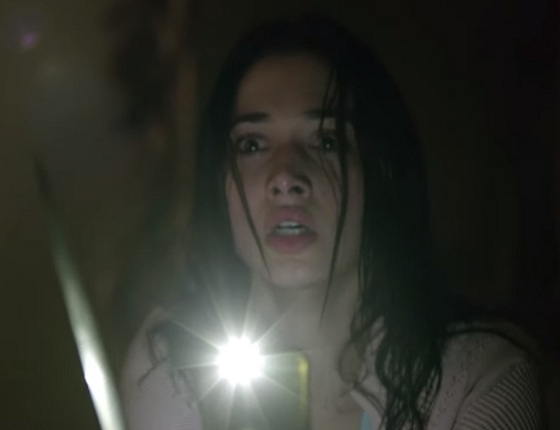 Prabhudeva and Tamannaah Bhatia are likely to get a tag by audience as ‘Horror-Couple.’ True as the duo are coming up with one more horror drama. But this time, they have confined themselves to Bollywood.

‘Khamoshi’ starring Prabhudeva and Tamannaah had its teaser launch. Frankly the teaser isn’t scary but it is filled with spooky takes. Prabhudeva playing his aged role, appears in grey shades. In the last shot, he drags an axe with his hand and we are not sure whom he is going to kill.

Then comes Tamannaah who is mostly seen in fear in her eyes all throughout the sixty seconds teaser. The lead pair occupy the maximum space in teaser while the film also stars Bhumika Chawla and Sanjay Suri.

Directed by Chakri Toleti, the background music of wolves howling might have some connection with the plot.

Overall ‘Khamoshi’ offers nothing new with the teaser but we need to wait till the film releases. If the plot has content, then audience will definitely give their thumbs up.