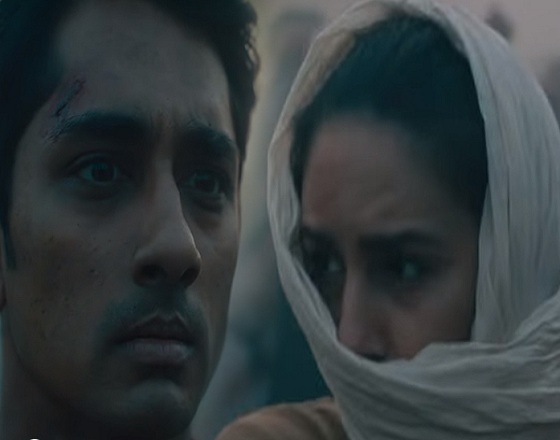 After venturing into India, popular streaming service Netflix started producing content that will play to galleries in the sub-continent. And their upcoming Indian web series is ‘Leila’, which happens to be quite a controversial one.

‘Leila’ This is a dystopian web series we have to see where a group of ‘racist’ named Aryavrata try to clean up the society from mixed blood as a Hindu heroine marries someone from another Dharma and bores his child. Featuring Huma Qureshi in the lead and directed by Deepa Mehta, the web series’ trailer is quite stunning and intriguing.

We have seen some of the web series like “The Hand Maid’s Tale” where the backdrop is a hypothetical Christian government (theonomy) and it looks like “Leila” is an Indian version of it with a rigid conservative Hindu government taking the law into hands. As the leading lady goes in search of her daughter who is forcibly taken away from her for being a mixed blood, we go jaw-dropping for the kind of setup she is in.

This thrilling web series is based on Prayaag Akbar’s book ‘Leila’ and it also features south star Siddharth in a crucial role.