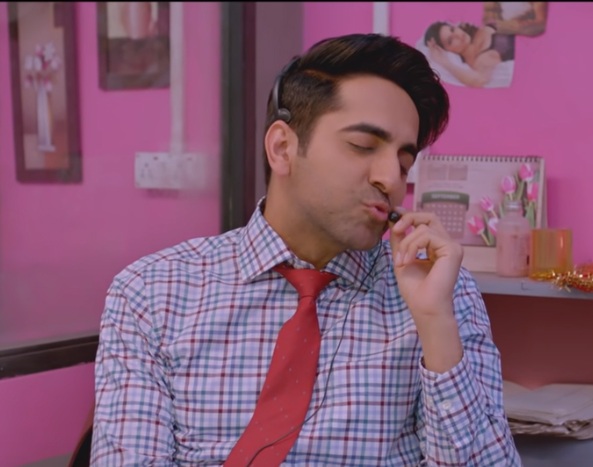 Bollywood hero Ayushmann Khurrana is all over the headlines last weekend for winning National Best Actor Award. Now this hero is turning as ‘Dream Girl.’ That’s title of his upcoming flick and strangely he is playing the title role.

The trailer of ‘Dream Girl’ is out and it opens with an on-stage drama where Ayushmann essays the role of Sita. Cut to the scene, out of opportunity Ayushmann joins a call centre job and he addresses the costumers concerns with a female voice. As the film is set on the backdrop of Varanasi, the protagonist’s voice becomes viral all over the city. Multiple people fall in love and even fight just for the voice. How this mystery is unraveled forms the plot.

Ayushmann has the knack of picking up interesting storylines and this is yet another film. The way he embraces in the female voice is just brilliant and Ayushmann has set another bar for himself. Overall ‘Dream Girl’ trailer is highly entertaining.

Written and directed by Raaj Shaandilyaa, Nushrat Bharucha is playing the female lead roles. The film is releasing on September 13th.