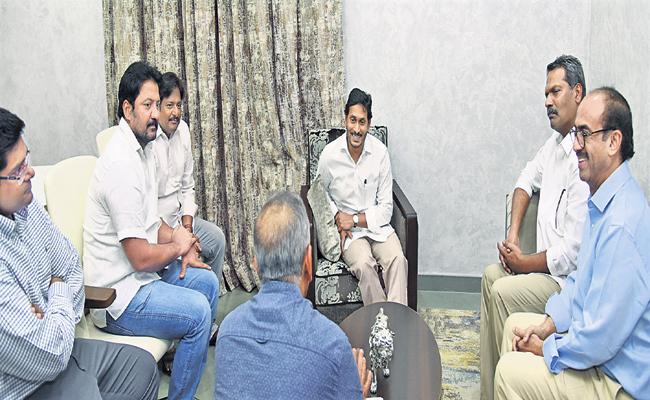 It has been the formal practice for the film industry personalities to meet and greet the new chief minister, after every election.

The film industry mostly survives on the sops offered by the government from time to time, including tax discounts and permission for special shows of new releases. It is to fulfil this obligation, the film industry leaders meet the chief ministers.

Most of the people in the Telugu film industry are associated with the TDP who contribute in different forms for the party in the elections.

Several top producers and directors are closely associated with TDP and they belong to the same caste that owns the political party.

The Telugu film industry is divided on caste and political lines. On the caste line, top producers, directors and heroes belong to the same caste of the TDP, while the rest are with the megastar family.

As Jagan Mohan Reddy is from neither of these two dominant groups, none of them have come forward and met him.

Chiranjeevi met Jagan Mohan Reddy in October and that meeting was for some personal issues and not connected to the entire film industry.

Finally, on Wednesday, the leaders of the industry met Jagan Mohan Reddy and requested him to inaugurate the houses constructed by the industry for the Hud Hud cyclone victims.