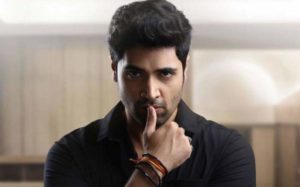 Adivi Sesh’s upcoming film, Major will be hitting the floors from next month after the shoot was halted back in March due to Covid-19 outbreak.

As per latest buzz, the makers of Major have roped in Bollywood beauty Saiee Manjrekar for a pivotal role in the film. She will be joining the shoot from next month.

Saiee Manjrekar was previously seen in Salman Khan’s Dabangg 3. She will be making her debut into Tollywood with Varun Tej’s sports drama. Major will be her second straight Telugu film.

The next schedule of the film is being planned in Hyderabad and all of the lead cast will be taking part in it.

It is known that Adivi Sesh will be playing Major Sandeep Unnikrishnan in ‘Major’. Mahesh Babu’s GMB Entertainments, and Sony Pictures are jointly producing this film. It is based on the horrific 26/11 Mumbai terror attacks.

The film is likely to hit the silver screens during next summer.