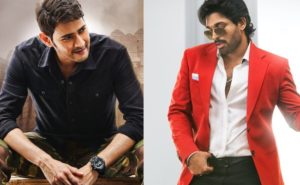 The first quarter of 2020 has ended on a bad note. While the year began with a bang, the month of March has dampened the spirits. In the last three months, only four movies made money.

In January, Mahesh Babu’s “Sarileru Neekevvaru” and Allu Arjun’s “Ala Vaikunthapurramloo” turned coffers of producers and distributors full. Allu Arjun’s entertainer even went on to smash all existing records after “Baahubali 2”.

In February too, two films made money. Nithin’s “Bheeshma” was a decent hit, Vishwak Sen’s “HIT” turned out an average grosser.

Barring these four movies, none of the other movies didn’t even reach the break-even stage. The first quarter has given mixed results to the industry.

The second quarter is also not looking bright as the entire month of April would not be seeing any new releases.