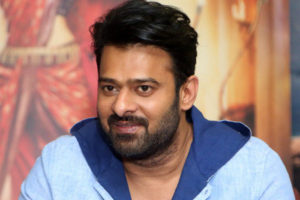 PAN India star Prabhas is believed to be one of the silent partners of the UV Creation which is owned by Vamsi Krishna Reddy and Pramod Uppalapati. They indeed ventured into production with Prabha’s Mirchi which turned out to be the biggest blockbuster in the actor’s career then.

After the Bahubali sequel, Prabhas did Saaho under the same production house. There has been a disappointment among fans from the Saaho time as this production house delays in giving updates to the fans regularly. Even in the period of the Saaho, they haven’t released the adequate number of posters and looks of Prabhas.

Now, Prabhas is working under this banner for the third time for an untitled flick being helmed by Radhakrishna Kumar. The film got delayed as Prabahs asked the director to make a few changes. However, there were reports that they would announce the releasing date, besides revealing the first look poster for Ugadi.

Unfortunately, for fans, they didn’t release the first look poster on that auspicious day. This indeed angered fans of the star. They created a trend in twitter ‘Ban UV Creations’ which was trended at the top portion in the social media site for a few hours.

Prabhas reportedly got irritated from this behavior of his ‘Darlings’. Even though the UV Creations ensured them that there will be an update soon, the fans relentlessly kept the hashtag trending that agitated Prabhas more. So we can expect Prabhas to reach his fans soon through one of his social media accounts to make things sort out.